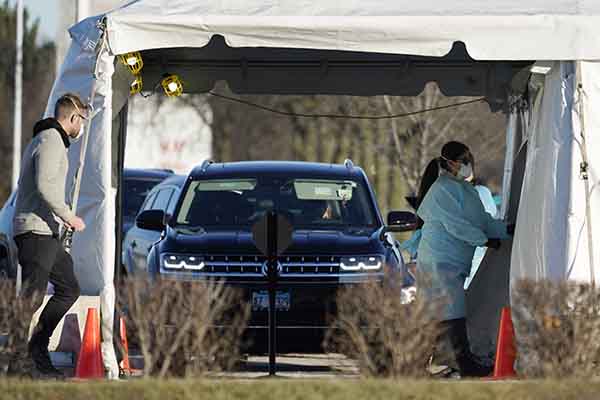 On February 1, the Chicago Teachers Union and officials failed to meet a Covid reopening agreement, pushing the start date back a day. Thousands of students are now scheduled to start school on February 2, as the two groups work towards an agreement. On February 3, a federal judge in Oregon ruled that all inmates must receive the vaccine immediately, moving them ahead of senior citizens in the state. The judge justified his decision, claiming that inmates live and work in closer quarters and are especially vulnerable. On February 3, states took back vaccines after hundreds of thousands of doses were not used by the federal government. The doses were originally planned for employees in long-term care facilities. On February 4, California, which has seen an increase in cases, hospitalizations, and deaths, announced a new vaccination program that will be able to administer a large number of doses.

Oakland Coliseum and the University of California, Los Angeles have now become vaccination sites. On February 5, hackers in Pennsylvania intercepted a Covid-19 vaccine hotline. The service was meant to help people 65 and older schedule their appointments to get the vaccine. The hacker diverted many calls without the callers knowing, according to an official report. On February 6, Kroger announced it will pay employees $100 if they get the Covid-19 vaccine. On February 6, the US numbers looked hopeful as cases went down and vaccinations went up. This bright spot follows a dark one, as January was the deadliest month thus far. (CNN) 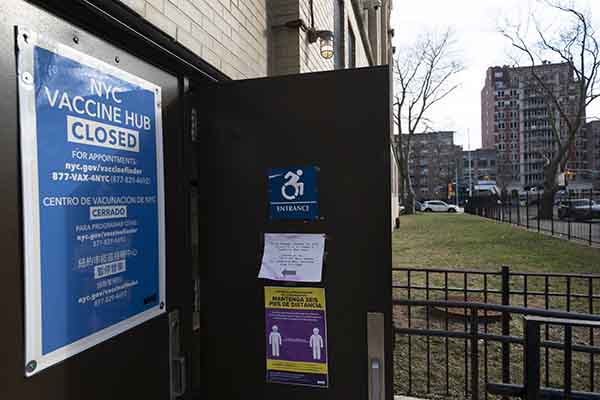 On February 7, a published study showed that the new UK variant of coronavirus is rapidly moving through the US. This strain is thought to be more contagious and cases are doubling every ninth day. The spread of the new strain is causing more vaccine panic as officials work to get the majority of people vaccinated. On February 8, some New York City schools announced that they will bring middle school students (sixth to eighth grade) back February 25.

It has been months since those students have attended school in person. On February 12, the CDC announced a new Covid-19 school opening guidance, which puts about 99% of the US children in a ?red zone,.? which means the area has a high transmission rate. The guidance recommends remote learning for middle and high schoolers and hybrid learning for elementary schoolers in these high transmission areas. (CNN) 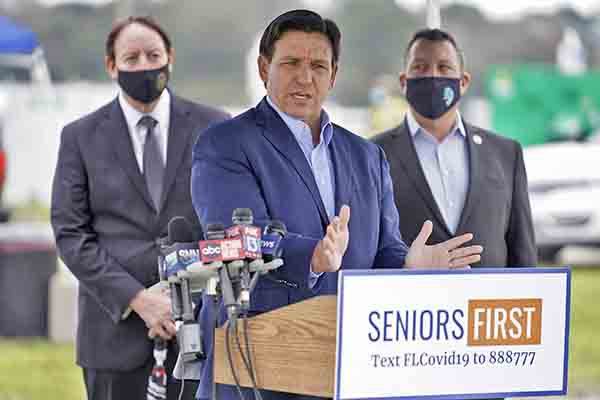 On February 17, Florida Governor DeSantis threatened to pull vaccines after he was accused of favoring people politically and also favoring the wealthy. The backlash came after DeSantis made the decision to set up a clinic in the affluent Manatee County and only allow those in surrounding zip codes to receive the vaccine. On February 17, researchers announced that the Pfizer and Moderna vaccines can be up to 94% effective against the new strains of coronavirus, including the variant discovered in South Africa.

On February 17, it was reported that New York is suing Amazon for ?flagrant disregard? of the safety and health concerns brought about by the pandemic. Amazon has faced criticism from workers around the world and is attempting to stop the lawsuit with its own legal tactics. On February 20, a Palm Beach hotel fell under investigation after Governor DeSantis held a large, maskless event that nearly 100 people attended. A mask mandate in the county requires facial coverings until mid-March. (CNN)

Dr. Simone Gold is the Los Angeles-based doctor who is leading a group called “America’s Frontline Doctors” that held a press conference on COVID-19 on July 27, sparking a controversial viral video that was removed from multiple social media platforms.

CNN confirmed that the group “is led by Dr. Simone Gold, a Los Angeles-based emergency medicine specialist who has previously been featured on Fox News for her views that stay-at-home orders are harmful.” CNBC described the group as “comprised of some doctors and some who are part of the anti-vaccination movement.”…

“I saw in heaven another great and marvelous sign: seven angels with the seven last plagues—last, because with them God’s wrath is completed. And I saw what looked like a sea of glass glowing with fire and, standing beside the sea, those who had been victorious over the beast and its image and over the number of its name.” 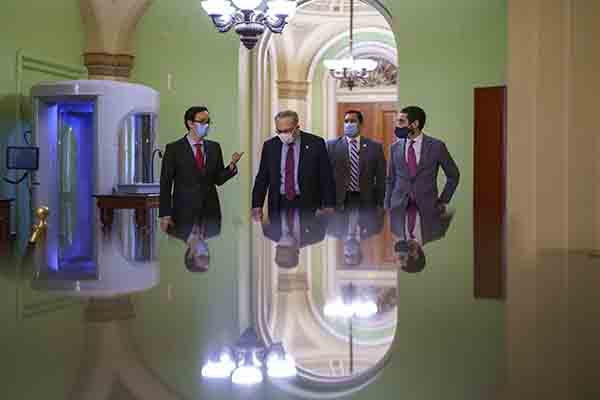 On March 2, governors of Texas and Mississippi announced they will be lifting the mask mandates and reopening businesses to be 100%. The call comes after officials stated an end is in sight, but asked that states not be too eager with lifting restrictions.

On March 3, the Johnson and Johnson single-dose vaccine was administered for the first time outside a clinical trial in Ohio. Mass vaccination sites are being set up all over. On March 6, after over 24 hours of deliberation, the Senate passed a $1.9 trillion Covid relief bill that includes $1400 in stimulus checks for certain people. The hike in minimum wage and other provisions were vetoed before the bill was passed. The changes now need to pass the House before being signed by President Biden and put into law. (CNN) 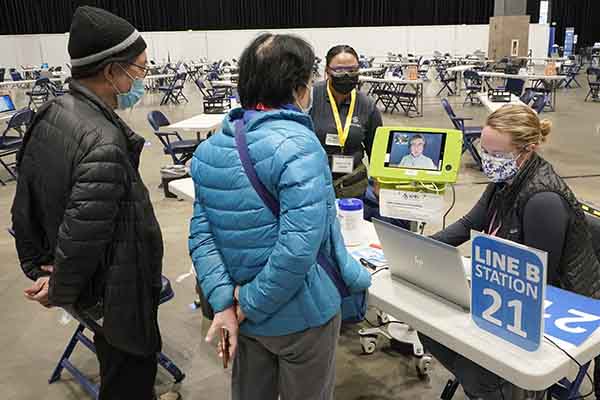 PROPHECIES THAT MAY APPLY …

“‘Teacher,” they asked, “when will these things happen? And what will be the sign that they are about to take place?’

“He replied: “Watch out that you are not deceived. ‘ …

“‘When you hear of wars and uprisings, do not be frightened. These things must happen first, but the end will not come right away.’

Then he said to them: “Nation will rise against nation, and kingdom against kingdom. There will be great earthquakes, famines and pestilences in various places.”

“I saw in heaven another great and marvelous sign: seven angels with the seven last plagues—last, because with them God’s wrath is completed. And I saw what looked like a sea of glass glowing with fire and, standing beside the sea, those who had been victorious over the beast and its image and over the number of its name.”

Search for yourself using biblegateway.com.